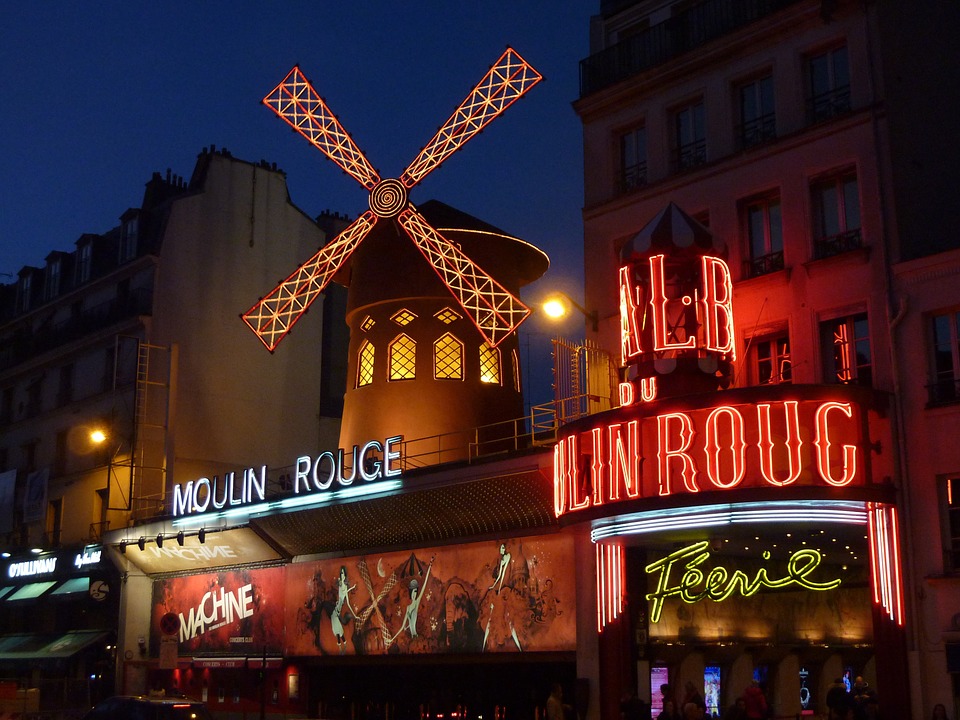 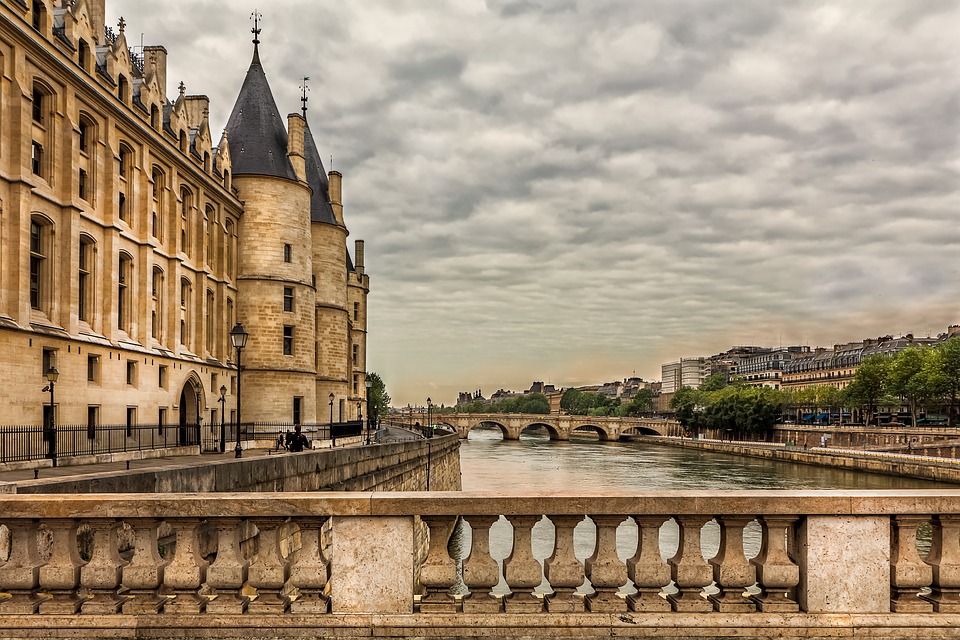 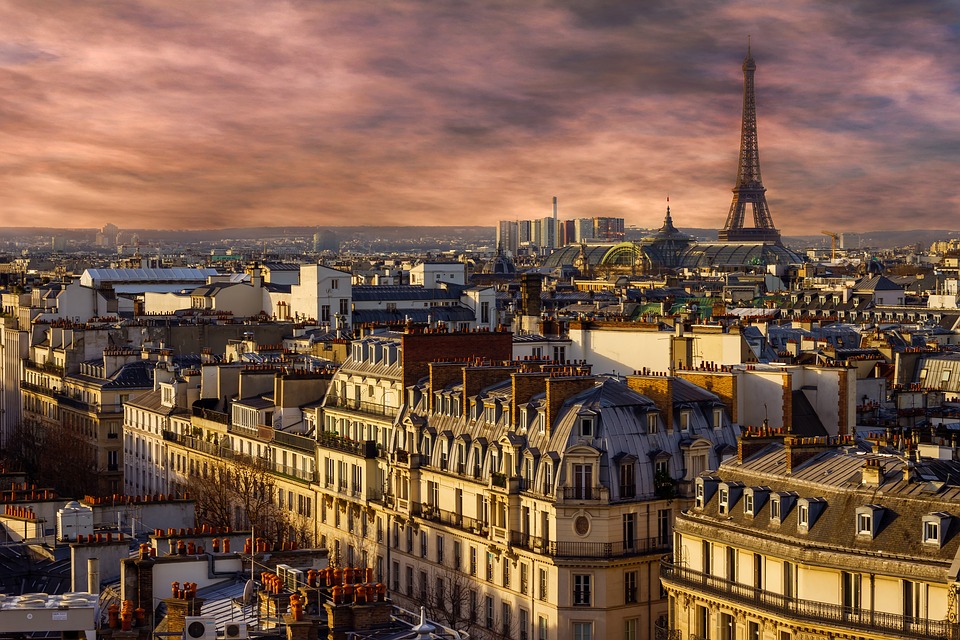 Arrive at Airport & transfer to hotel. The rest of day is at leisure so that you can relax after your long haul flight. Paris, France's capital, is a major European city and a global center for art, fashion, gastronomy and culture. Its 19th-century cityscape is crisscrossed by wide boulevards and the River Seine. Beyond such landmarks as the Eiffel Tower and the 12th-century, Gothic Notre-Dame cathedral, the city is known for its cafe culture and designer boutiques along the Rue du Faubourg Saint-Honoré.

Check out and board your coach to drive to Switzerland. On your way you will make a stop at Schaﬀhausen which is prevalently known as Rhine Falls - Mini Niagara falls of Europe. You may Enjoy the boat ride at Rhine Falls (Ticket not included).Upon arrival Zurich, we will have dinner at Indian restaurant and later proceed to hotel. Check-in to the hotel. Switzerland is a mountainous Central European country, home to numerous lakes, villages and the high peaks of the Alps. Its cities contain medieval quarters, with landmarks like capital Bern's Zytglogge clock tower and Lucerne's wooden chapel bridge. The country is also known for its ski resorts and hiking trails. Banking and finance are key industries, and Swiss watches and chocolate are world renowned

After breakfast, proceed to Engelberg town- a base cable car station of Mt.Titlis. The TITLIS ROTAIR revolving gondola transports you easily to the mountain station. Take your time and visit the Swiss Lion shop, the world's highest watch shop. You can even have your photo taken in traditional Swiss costume in our photo studio. The glacier cave is only a snowball's throw from the mountain station. The glistening, blue ice tunnel leads deep down into the fascinating world inside the glacier. In the summer months, the Ice Flyer chair lift will take you to the glacier park where all kinds of fun snow activities await. Grab a snowtube or a speedy sled and whiz down the piste, whipping up plenty of snow as you go. You may also do the Titlis Cliff Walk is a pedestrian bridge along the cliff of Mount Titlis in the Swiss Alps. Later, in the afternoon, proceed to the city of Lucerne for Orientation tour and see the Chapel Bridge-The Chapel Bridge is a covered wooden footbridge spanning diagonally across the Reuss River in the city of Lucerne. Named after the nearby St. Peter's Chapel, the bridge is unique since it contains a number of interior paintings dating back to the 17th century, Jesuit Church- This beautiful church is considered to be the first large baroque style church ever built in Switzerland.Lion Monument-The Lion Monument, or the Lion of Lucerne, is a rock relief in Lucerne, Switzerland, designed by Bertel Thorvaldsen and hewn in 1820–21 by Lukas Ahorn. We will proceed back to Zurich.

This day is at leisure. You can spend your day relaxing at your Hotel or choose an optional excursion to Mt. Jungfrau - Top of Europe. The Jungfraujoch - Top of Europe is the highlight of any Swiss holiday. The highest railway station in Europe is located 3,454 metres above sea level. You have access to a high-alpine wonderland of ice, snow and rock, which can be admired from the viewing platforms, on the Aletsch Glacier or in the Ice Palace - experience the magic. Visit the Sohinx observation tower. After the tour we will proceed for orientation tour of Interlaken. We will start from Höheweg is the main street in Interlaken, which stretches from the city's central square to the east. Roman Catholic church- Situated on Schlossstrasse, this Swiss religious building houses a Roman Catholic parish church, which offers worship masses, religious education, and other. Group members not opting for Mt. Jungfrau will have an opportunity to proceed to the city of Interlaken for an orientation tour.

After Breakfast. Check out and board your coach to drive to Innsbruck. You will pass through Vaduz, the capital city of the princely country of Liechtenstein. Take a quick stop in Vaduz and some time to explore the city. Later, drive to Innsbruck. Wattens to take the vision of the noteworthy collection of world famous Crystals in Swarovski museum. You will also get surprised to see 'Chetak' the favorite horse of Maharaja Rana Pratap of Rajasthan- ornamented with Swarovski's Gemstone Jewels.You will be provided with your time to shop for jewelry and other souvenirs for your friends and relatives as a symbol of love and remembrance of this exotic place. On Arrival Innsbruck, we will have dinner at Indian restaurant and later proceed for Check-in to the hotel.

Check out and board your coach to Vienna via Salzburg. Orientation Salzburg city tour visit Salzburg Cathedral is the seventeenth-century Baroque cathedral of the Roman Catholic Archdiocese of Salzburg in the city of Salzburg, Austria, dedicated to Saint Rupert and Saint Vergilius. and enjoy free time at Residenzplatz- Residenzplatz is a large, stately square in the historic centre of Salzburg in Austria.Mozartplatz- This large courtyard is best known for its memorial statue of composer Wolfgang Amadeus Mozart. Later, proceed for Vienna. Check-in to the hotel.

After Breakfast, we will proceed to guided panoramic City tour of Vienna. We drive on the Ring Boulevard and see the State Opera House, the Parliament, the City Hall and the Burgtheater. We also make a phostop at Hofburg-former winter residence of the Habsbrg family and the Belvedere Palace-former summer residence of Prince Eugene. Our last visit to Schonbrunn Palace (ticket not included). After completing the Schonbrunn tour we will drop you at Vienna Boulevard and most famous shopping street Ringstrasse where you may spend free time and explore on your own.

Check out and board your coach to Budapest via Bratislava. The bus tour passes by the most important places, historical and cultural sights outside of the Old Town. It photo stops at Bratislava Castle and memorial Slavin with their splendid panoramic views. During the walk through the pedestrianised Old Town we take a look at St.Michael's Gate, the Old Town Hall, Reduta and The Opera House. Later proceed to HUNGARY'S capital, bisected by the River Danube. Evening at leisure for shopping or a visit to a local spa, with outdoor thermal waters, art nouveau architecture and treatments. Later, proceed to Budapest.

After Breakfast, proceed for a guided city tour of Budapest including view of Buda Castle, Hungarian Paliament Building and Liberty Bridge. Visit the Hosok Tere - Hősök tere is one of the major squares in Budapest and Andrassy Avenue - Andrássy Avenue is the Hungarian Champs-Élysées, St. Stephen's Basilica St. Stephen's Basilica is a Roman Catholic basilica in Budapest, Váci Street - Váci utca is one of the main pedestrian thorough fares and perhaps the most famous street of central Budapest. Danube Promenade - The Danube Promenade is located on the Pest side of Budapest, Hungary. On the bank of the Danube, this promenade extends from the Széchenyi Chain Bridge to the Erzsébet Bridge

Breakfast, Take a transfer to the Airport.